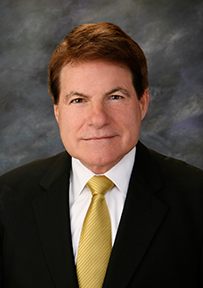 Dr. Fellow has served on the Board of Directors since 1991 and upon this term will serve as the longest-serving board member of Upper District history. Dr. Fellow is past Chair of the Department of Communications at California State University, Fullerton. It is one of the nation’s largest departments and includes concentrations in journalism, advertising, public relations, photo-communications and entertainment studies. The department has approximately 100 faculty and 3,000 students.

He has written three books: American Media History, The Copy Editors’ Handbook for Newspapers, and News Writing in a Multimedia World and numerous journal articles on health communications. He has presented his health research at international conferences. He is currently working on a book regarding the history of the motion picture industry.

Before entering university teaching, he was a reporter, political columnist, and city editor for 10 years with the San Gabriel Valley Tribune. He continues to write newspaper columns on politics and water issues. In addition, he serves as L.A. County Supervisor Gloria Molina’s appointee to the Water Appeals Board, and on the Executive Board of the San Gabriel Valley Economic Partnership.

Dr. Fellow was elected in November 2009 to the Pasadena Area Community College District Board of Trustees, Area 7, representing Arcadia and parts of Temple City. He served seven years as Vice Mayor and Councilman in the City of El Monte. Dr. Fellow has served as the Upper District’s representative on the Board of Directors of the Metropolitan Water District of Southern California.

He is married to Clara Potes-Fellow, a former award-winning journalist who served as Bill Clinton’s press secretary for Hispanic media in California during his first run for the White House. She is currently Chancellor Charles Reed’s Press Secretary and Director of Media for the California State University System.