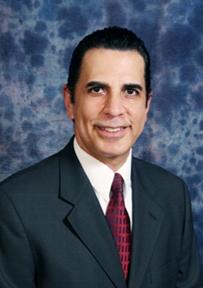 Ed Chavez has a long history of public service and leadership in the Greater San Gabriel Valley. He was born and raised in the City of La Puente, the youngest of seven children. His father was a steelworker at Bethlehem Steel in the City of Vernon and his mother was a technician with McDonnell Douglas Aircrafts in the City of Long Beach and Monrovia. Both parents were born in the State of New Mexico; The Land of Enchantment.

Ed Chavez graduated from Bassett High School and later received an Associate of Arts degree from Rio Hondo College. While working his way through school, he earned a Bachelor of Arts degree in Political Science from the University of California – Los Angeles. He continued his education by working on a Single Subject Teaching Credential from Claremont Graduate University and earnings a Designated Subjects Adult Teaching Credential from California State University – Los Angeles. He also has worked hard to earn his Master’s degree in Public Administration from the University of Phoenix. Mr. Chavez has spent most of his career as an educator in the San Gabriel Valley having taught at Claremont High School, Pioneer High School, Bassett Adult School, and several schools in the Hacienda-La Puente and Bassett Unified School District. He also taught for Mount San Antonio College and is currently teaching incarcerated adult students in the Los Angeles County Jails.

At the age of 23, Ed Chavez became the youngest elected member of the Bassett Unified School District’s Board of Education. A year later, his colleagues appointed him President of the Board. During his term in office, he is credited for raising the academic standards throughout the district while lowering the high school dropout rate.

At the age of 26, Ed Chavez was elected to the La Puente City Council and later Mayor of the City. He helped rid the City of crime, graffiti, and drugs by organizing community groups throughout the neighborhood. With his leadership, he was able to seek funding for the City’s first senior citizens’ center, veterans’ monument, concert in the parks, and dial-a-ride programs.
In addition to his service as an educator and mayor, Ed Chavez has served the San Gabriel Valley while he was a Senior Field Representative for California State Assembly Member Sally Tanner and then District Coordinator for Assembly Member Martin Gallegos.

Elected in 2008 to the Upper San Gabriel Valley Municipal Water District’s (USGVMWD) Board of Directors, Director Chavez was re-elected in 2012 and 2016. The USGVMWD is a wholesale water distributor and the largest water agency in the San Gabriel Valley that covers over 17 cities and approximately 1 million residents. For the last three years, he has served the water district as President of the Board of Directors. He has also served on numerous boards and committees, including the Metropolitan Water District of Southern California, San Gabriel Valley Water Quality Authority, and the Main San Gabriel Basin Watermaster.

Ed Chavez continues to live in the same home that he grew up in with his wife, Renee. She is a healthcare provider who also served as a city council member and mayor of the City of La Puente. Their youngest son, Robert, is a graduate at the University of Colorado in the City of Boulder. He has earned a Bachelor of Arts degree in Political Science.