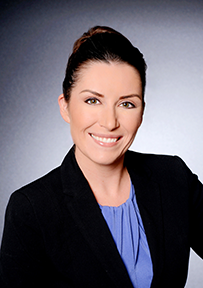 Jennifer Santana was first elected to the Board of Directors for the Upper San Gabriel Valley Municipal Water District (Upper District) in November 2018 and represents Division 5, which includes the cities of El Monte, Baldwin Park, Duarte, and portions of Irwindale. She is the first woman ever elected to the Upper District Board.

Jennifer graduated from the University of California, Davis with a degree in Biochemistry and Molecular Biology. She became a certified Cytogeneticist in 2007 and published and presented her cancer research as first author at the Association of Genetic Technologists Annual Meeting in 2012. She has built a career in science, working at City of Hope, a nationally recognized comprehensive cancer research hospital, for more than 13 years.

Jennifer is a mother of two and is an active member of her community. In 2013, she was recognized by the California State Senate for her work empowering young women to seek careers in science, technology, engineering, and mathematics.